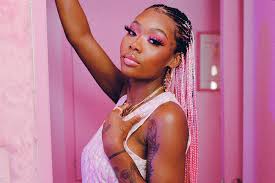 Summer Marjani Walker, professionally known as Summer Walker, is an American singer-songwriter from Atlanta, Georgia and signed to LoveRenaissance and Interscope Records.

Recently, Summer has dropped a debut album called Over It and “Playing Games” hit the charts.

“Playing Games” is a shout out to those who claim they want someone, but don’t put in the effort; all talk, no action. She’s explaining how she doesn’t ask for too much but the partner can barely pick up the phone.

Summer Walker has a delicate voice that is good for the R&B music that she creates. Her tone matches the mood of the song and provides listeners with a relaxed state of mind. When focusing on the lyrics, it turns into an engaging and relatable song.

“Playing Games” is another song that could put people “in their feelings,” but it also could just be a soothing song to listen to with earbuds in, blocking out the noise, and zoning out.